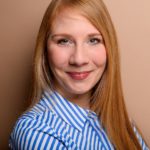 Anja was elected to the ISA Board in 2013 and continues to serve on the board as Chair from 2019.

Currently I am the spokes person of the ISA-Team of the German Stuttering Association called BVSS (Bundesvereinigung Stottern und Selbsthilfe e.V.). I studied business administration at an university of Berlin and specialized in human resources and Corporate Social Responsibility. Furthermore I took my trainer degree and my master in democratic school development as I wanted to work more in the field of education in the non profit sector. Now I am working as a project leader for an educational organisation in Berlin.

I started stammering with the age of 4. From both parent sights I got the “gift” of stammering – my father himself and my mothers two brothers. Although stammering was not unusual in my family it was hard for me dealing with it in my private life because when I spoke to family members it was worse than everywhere else and the understanding was not so high as I wished for. With my friends or in school I had no dramatic complications as I could hide my stammering really well. Except with reading and doing speeches in school – here it was difficult to change the words. So after 1-2 group therapies as a child which did not help at all I started to surge again for possibilities to change my stammering when I started my studies – I thought: Now I could not escape from stammering anymore. In 2004 a speech therapist recommended me the self-help group in Berlin and so I started to be active in the self-help right away. Since than I played open cards with my stammer, made great experience, started to gain self confidence in doing speeches etc. although my stammer did not disappear and I got new great friends, which I do not want to miss in my life anymore. I have been the chair of the Berlin self-help organization, organised the German congress for people how stammer and got involved in different projects of the BVSS. All in all I am really thankful for the self-help organizations around the world which work on raising the awareness of people who stammer. I decided to step into the work of the International Stuttering Association to support this great movement and I would like to make my contribution to that. 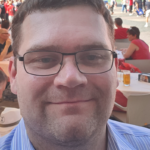 Arni was elected to the ISA Board in 2018 and continues on the board from 2019 as Treasurer.

Arni lives in Iceland and has been board member of Málbjörg, the Icelandic Stuttering Association since 1999. Both as regular Board member, Treasurer and Chairman.  He is also the Congress Convenor for the 13th ISA World Congress in Iceland 2019.

He has stuttered since childhood and is really grateful for the stuttering community he is involved in.  Since 1999 he has attended over 20 international stuttering related conferences and congresses.

Arni has BSc degree in Business Administration and MSc degree in Finance and has been working in the Financial Industry for last 10 years.  He is married and has two daughters. 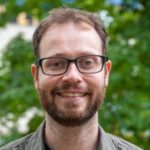 Sybren was elected to the ISA Board in 2019.

Born and raised in the Netherlands, but with a worldwide interest. I have been stuttering since I started to speak. I am grateful for the opportunity to serve the Stuttering Community (and the General public!) as a member of the Board of Directors of the International Stuttering Association (ISA) on behalf of the Dutch Stuttering Association ‘Demosthenes’. I have been an active member of ‘Demosthenes’ since 2001 in different positions: Vice-president, editor of the national magazine for people who stutter, initiator of a working group for young people who stutter, member of a regional self-help group, and  currently I organize different workshops and weekends.

I have attended several ELSA-youth meetings, and was present at several world conferences (Croatia (2007), Argentina (2011), The Netherlands (2013), Iceland (2019). Since 2015 I organize European Youth Exchanges for Young People who stutter. supported by a grant from Erasmus+. I am currently also involved in a European project on creating a manuals related to (dealing with) stuttering for teachers, trainers and others who work with young people (the same project as  Sigríður is involved in).

I have a background in Public Administration and Ethics and have worked in Social Research for more then 10 years. In 2016 I graduated as Outdoor Life Coach and have my own organisation Orange Raven. I work as a nature and online coach and stutter whisperer and give workshops on topics related to (building up) self-esteem, social contacts and non-judgmental listening. 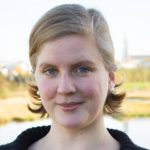 Sigríður was elected to the ISA Board in 2019.

With three stuttering mentors in her immediate family; in many ways, stuttering was seen as the norm growing up. Outside the home, however, she found that stuttering was often misrepresented and misunderstood. In 2011, she decided to seek out other people who stutter and joined the National Stuttering Association of Iceland, Málbjörg. Sigríður has served on the board since, starting her third year as chair in 2019. She was happy to join the ISA board of directors that same year, extending her stuttering family across the globe. Over the next three years, she intends to bring a focus to young people who stutter.

In 2018 she joined a group of dedicated people in an ambitious European project that is currently underway. The project involves creating manuals related to stuttering for teachers, trainers and others who work with young people on a regular basis.

Sigríður has a background in education and pedagogy studies. She finished a graduate diploma in web, media and communication in 2019. She is currently studying adult education and has a strong interest in finding ways to advocate for and communicate womens’ and minority voices. Her interests include languages, culture, communication, human rights and politics.

Sigríður essentially believes in a world where stuttering is seen as a natural part of the diversity of spoken language.

P.S.: For those of you wondering how to pronounce Sigríður‘s name, here‘s the phonetic version: /ˈsɪɣ.ri(ː)ðʏr/ 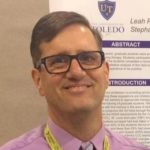 Rodney was elected to the ISA Board in 2019.

I am a Speech-Language Pathologist and Board-Certified Specialist in Fluency Disorders. I am also Professor at the University of Toledo, where I teach courses in stuttering, conduct research, and I am an active presenter at national and international conferences. I also operate The Gabel Center for Stuttering Therapy, a clinic in the Toledo Area. I also deliver educational programs for Speech-Language Pathologists through my clinic. 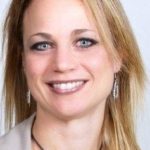 Dina has stuttered since childhood and attended therapy with numerous Speech Therapists until she was able to manage her stutter. Thanks to her experience with stuttering and subsequent career as a Speech Therapist, she has been fortunate to attend and been invited to speak at numerous international / national conferences and workshops. Dina also contributes to radio shows on the topic of fluency and has written a number of  articles on the topic of stuttering. She works part-time at the University of the Witwatersrand and also has a Private Practice. 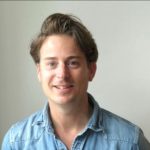 Rutger was elected to the ISA Board in 2019.

I began stuttering at the age of 8. Since then I attended several stuttering therapies. Also, I organized and chaired numerous self help groups and co-ordinated an extensive research project for the Dutch stuttering association.

Only recently I did an important discovery: I was diagnosed as a person who clutters. It inspired me to spread the word about cluttering and stuttering even more. So, I wrote a book about this subject and both attended and lectured at various international conferences organized by ICA, IFA and ISA. Also, I am in the board of the Dutch stuttering association and have been acting as Chair of the consumer committee within the International Cluttering Association (ICA) since 2014.

My aim is to continue sharing knowledge and experiences about stuttering and cluttering with others. I have a Masters degree in Business Administration and have been working in this field throughout my career. I live in the Netherlands and am married. 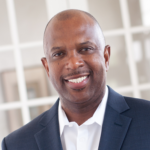 Currently, I am one of the hosts of Stutter Social, a global online video chat forum for people who stutter.   In 1985, I was a part of a small group of people in Houston who formed a stuttering self-help support group which later became affiliated with NSP/NSA.  I have been involved in the stuttering community for 34 years as NSA Chapter leader, NSA conventions coordinator, and currently NSA First Timers Ambassador.

I am married and father to two sons ages 27 and 25.   A graduate of The University of Texas at Austin with a BBA degree in Business/Engineering Management.  Employed for nearly 30 years at Vallourec and Mannesmann Corp., a french and german owned global pipe and steel company,  working in Information Technology and General Accounting, as a Systems Administrator, and Accounts Receivable Associate.

I began stuttering at age 7 and quickly advanced to a moderate/severe stutterer.  My mother was very supportive of me as she had a brother who was a very severe stutterer and her mother, my grandmother,  was a mild stutterer.   Stuttering had a profound and controlling hold on my life until 1988 when I entered Precision Fluency Shaping Program therapy.  PFSP along with my involvement with the NSA enabled me to accept and manage my stutter and live my best life as an adult.  My major focus and passion is to help primarily adults who stutter become who they want to be and live their best life! 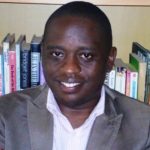 Dieudonne was elected to the ISA Board in 2019.
He can be contacted on africanstutteringcentre@gmail.com

There are no upcoming events at this time.